“Do not be afraid or discouraged because of this vast number, for the battle is not yours, but God’s.” – 2 Chronicles 20:15

The battle isn’t mine.

Oh, how I needed to read these words this morning. For weeks I’ve been running on “E” and fighting against my present circumstances feeling hopeless at times and questioning where my strength went. It’s just been one of those crazier types of months. Maybe you know the feeling?

It’s as if God whispered these words just for me. I prayed this morning for him to speak to me and he did with one simple sentence. Thank you, Lord.

It’s so easy to take control of our current circumstances as if it’s all up to us. I know I do this so often. I am a control freak by nature and when life feels out of sorts I try to grab the steering wheel attempting to regain control of my life while running myself ragged and feeling hopeless.

God reminded me this morning in 2 Chronicles that my life situation, the hurdles we are up against, the struggles that no one sees, and the lies the enemy feeds me some days are not my burdens to carry.

The battle isn’t mine.

King Jehoshaphat, Judah’s King was blindsided by a war brought on by the Moabites and Ammonites. He was afraid but his initial response was to fast and pray. He cried out to God, “For we are powerless before this vast number that comes to fight against us. We do not know what to do, but we look to you.”- 2 Chronicles 20:12

After reading this I thought about how often I turn to fear when faced with a hard situation instead of running towards God.

The battle isn’t mine but I run as if it is. Fear takes over. Or when I do fight, I fight with my own strength alone.

King Jehoshaphat had faith in God. He was afraid but he praised God and God showed up. God won the battle.

I don’t know what circumstance you are up against. I don’t know what your marriage looks like or how hard your finances have been to maintain with the holidays approaching or if your anxiety is at an all-time high. What I do know, because I was reminded today is the battles in our lives are not ours to fight.

Today, let’s give them to God. Let’s lay our battles in his hands. He’s our fighter. We can take refuge under his wings.

Life doesn’t have to get the best of us. Tough times are inevitable. We are going to have days where we struggle and we feel weak and that’s okay but just know the battle is being fought by your Father so you can rest in this sweet promise.

I am holding on to this promise today and I’m putting it in my pocket to carry around with me to remind me that the battle isn’t mine, but God’s.

The load feels a little lighter now, doesn’t it? The burden is lifted. 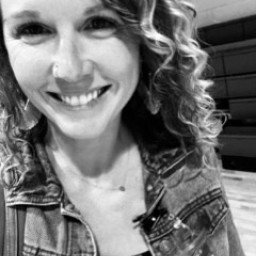 Hi, friend! My name is Chelsie. Welcome to my little place, Life Planted Here. I am so glad you stopped by. I am a bubbly gal, a church planter's wife, and a mom of boys. I am a sucker for coffee, mountain views, and writing that tugs the heart. I hope that together we can get honest, laugh together, and both be encouraged to bloom where we are planted. Let's be friends..

Take A Peek Around